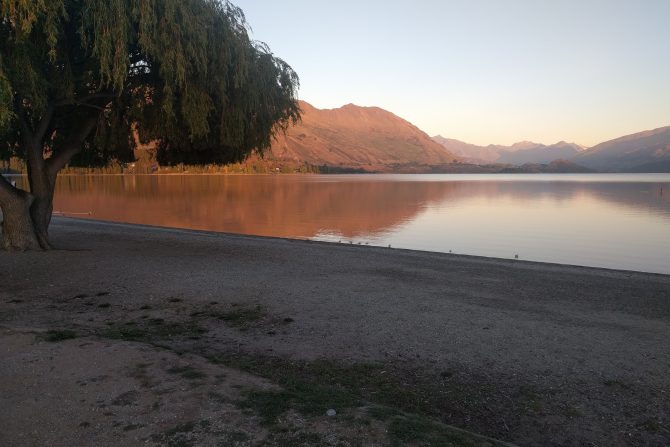 “Me too,” Sinéad says. She’s fairly drunk. I’m only slightly drunk, Jenna was stealing sips out of my coffee cocktails at the last bar. We are hugging while trying to simultaneously dance to the type of music I would never choose but occasionally find moves my feet. Ruairi hugs me next afterward.

“Seriously man, that was really nice of you,” Ruairi says, referring to the board game I got for Sinéad’s birthday. “That was a lot of money and you haven’t known us that long, you didn’t have to do that.” I give him a couple pats on the back before we let go. He is a bit deeper into his drink than I am, but he handles it better.

“I know, but I wanted to. You two are like a couple of my friends from home.”

“Come on, let’s grab another drink,” Ruairi says, pulling me towards the bar. We are all hoping Sunday lunch will not be as busy as dinner service was the last two nights.

I slowly trudge myself out to the hostel kitchen in the morning and put on the kettle. I somehow woke up in time for yoga this morning. I am not hungover, but I slept little and it was a long weekend. I groggily hold onto my cup of tea while sitting in the common room, willing the warmth of the tea to seep into my body and wake me up. I spend a few sleepy minutes finishing my tea and hauling myself down the street to the studio. It is going to be a long Sunday.

“Your practice is looking really strong, Tanner,” Nicci says. Nicci is the owner of the studio where I practice. She is one of the few locals I know in town. She is a bit older than the typical crowd of the town but her sunny, friendly disposition is the same.

“Thanks,” I say, smiling, despite my exhaustion. I feel worn, yet supple and limber after class. And strong. It has been a long time since I have felt athletic and mobile as I am now. It must be nine or ten years. “Coming to the studio has noticeably improved it. Being in the class pushes me a bit more than I would while practicing at home. I’m glad I ended up here.”

“I am, too,” She replies, smiling. “See you bright and early tomorrow morning of course?”

“Bright and early. Thanks, Nicci,” I slip my flip flops on and shake my limbs out a bit on the walk home. Feeling revitalized, I think maybe it will not be such a long Sunday. I end up being right. After work I fall asleep at six and sleep hard and heavy until the morning.

“I’m finally getting out of the hostel tomorrow,” I say. Sinéad and I are finishing up the cleaning and resetting of the restaurant earlier than usual. It is slowing down a bit at the restaurant now, the end of March starting to show the shoulder season in Wanaka.

“Oh yeah?” Sinéad asks. “Just a room somewhere in town? How did you find it?”

“Yeah, right down on the lakefront. About a twenty-five-minute walk? Katie messaged me actually. She’s going on a road trip with her boyfriend for a few weeks, asked me if I wanted the room while she was gone. So it’s not permanent, but I’m looking forward to having my own space again.”

“Oh yeah, definitely. Hostels can be good, but it’s so nice not to be in a room with others. You don’t mind it for a while, but it really gets old quickly, doesn’t it?” Sinéad says. I agree whole heartedly. “Hopefully you’ll find something permanent while you’re there or someone at the house will know someone?”

“That’s what I’m hoping for. I definitely don’t want to have to go back to the hostel after staying in a house.” I say.

“You can’t write about this, Tanner,” Harry says, looking over at me after telling the assembled housemates a story about last night.

“Tanner,” Harry says, shouting in mock outrage. I laugh loud and deep, his posh English accent making it even funnier. “The first few weeks you were on your best behavior, weren’t you? We offered you the spare room, now we see how you truly are, eh?” He says, as he finishes rolling his cigarette

“No, no, no, Harry, we’re not letting you scare him off.” Katie says. She returned yesterday from her road trip. “Anyway, I’m heading into to waste busters, anyone want to come with?” Meg and Alistair decide to go with her, leaving Harry and I alone outside, looking out towards the lake.

“I’m really glad I you offered me the room. I like it here.”

Harry takes a drag from his cigarette. “I’m glad you’re here too. We all think you’re a lovely bloke,” he says, patting me on the shoulder. “I’m going for a skate when I finish this, do you need a ride in to town?”

“Yeah, I think I’ll grab a coffee in town before work today.”

I am sitting at one of the coffee shops on the lakefront. I sit outside despite it not quite being warm. The warm, shining sun and slight, brisk breeze are fighting each other for control of the temperature. I ignore them both in favor of my book. “Thanks,” I say as a waiter delivers my coffee. The coffee here makes the coffee back home seem like flavored water. I look out at the lake.

“I’m so glad I ended up here,” I say to no one in particular. 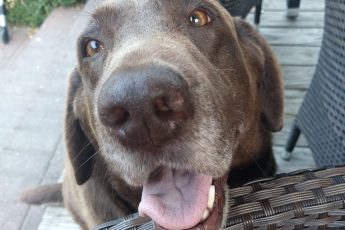 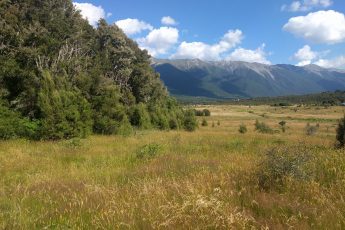