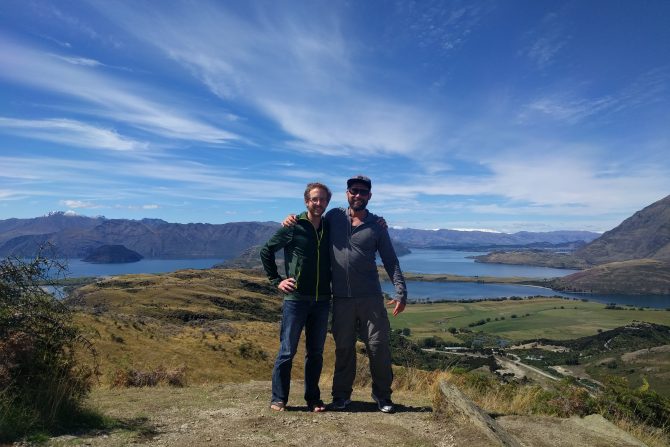 I am sitting in the common room of the hostel. It feels more like a living room of a home if you disregard being surrounded by strangers. A movie is playing on the TV, a few people have beers or coffee or tea and some snacks. There are about thirty movies at the hostel, but people always select one of about six or seven movies. The Lord of the Rings trilogy, Toy Story 2, Snatch, Romie and Michelle, or Kill Bill are the only movies people have watched in my two months here at the hostel. The most common are Snatch, or the second or third in the iconic trilogy. Every hostel in New Zealand I have stayed in has a copy of the movies.

The hostel is comfortable and homey, unlike a hotel. It is clearly a house that has been converted into a backpacker’s accommodation. Twenty-eight beds are set up among seven of the rooms in different groupings. It is one of the more comfortable hostels I have stayed in, and it seems to attract a good crowd of people. It attracts few of the young, gap year Europeans who are here looking to party. Instead, it tends to be quieter people here on longer trips like I am, or older people spending a couple days in Wanaka who have no qualms about hostels. The younger people who do stay are mostly German and French, and people staying longer are mostly English or Aussies. There are a few exceptions, but the difference is distinct.

The social environment is my favorite part of the hostel though. You can retreat to your room if you want privacy or go for a walk around town and sit at a café. But if you sit in the common room or kitchen, someone is usually willing to strike up a conversation. It is hard not to enjoy running into people with whom you can have two-hour conversations about Harry Potter and our own theories about the division of people into houses.

“Yeah, of course. That looks like a proper Sunday supper.” I say. A heaping pile of mashed potatoes, roast vegetables, and turkey with gravy cover her plate.

She laughs. “I wanted to treat myself. I’ve been eating such meager meals recently, I feel like I needed something more substantial.”

Abbi, I would learn over the next couple hours of chatting, moved over from Queenstown recently. She was working in Queenstown for a while but wanted the quieter environment of Wanaka. I have only been to Queenstown once with Sam, another English guy I met here at Holly’s. It was too busy for me, though on a beautiful lake similar to Wanaka. Abbi only got here in the last couple days. We decide to head on a hike to Rob Roy glacier in a couple days. It will be my second time, but it is better than other hikes in the area without being horribly difficult.

The next day we recruit another hostel-goer to join us as well. Dave is one of the last people I would have expected to meet in a hostel when I first met him. Dave is forty-two and a fellow American, but unlike some of the older folks that stay in hostels, he is alone, a backpacker himself, and generally directionless at the moment, the way I am, the way most other backpackers I have met are.

But Dave is different. Other backpackers, like myself, are here for a change, are here for adventure, for the experience. Dave is here for different reasons. He does not like life in The States for the same reasons I don’t, but his are drastic compared to mine. His dislike is close to hatred. It seems like he is here to keep himself above water, to escape as long as he can before needing to go back.

“I just can’t go back to New York or L.A,” Dave says. “I hate it there. It’s just so…” he struggles to find the words. “I just don’t do anything there, I don’t accomplish anything.”

“You said you did decently at the comedy scene in New York, why not go back to that?”

“But I hate New York. The people there, the life, the city, I can’t deal with it. I’d go back for two days and be itchy to get out again. And even that potential writing gig in L.A., I couldn’t do. I couldn’t sit in a room all day for five or six days a week. It would kill me, it was killing me, that’s why I’m here.”

“Where would be good for you?”

“I need somewhere like here,” Dave says, pointing to the landscape around us. The view of Wanaka across the lake from our vantage point at rocky mountain peak is my favorite in the area. Dave has been at Holly’s for over a week now, and with nothing else filling my days we have spent most of our time together. “Somewhere like Colorado or Wyoming or Arizona. Somewhere with nature but not desolate. I wish I could find work here.” At forty-two, he is ineligible for the Working Holiday visa I am on, meaning he has no right to work. Nowhere will hire him. “I’m just bleeding money.”

“Then why not go there?”

“There’s no Comedy scene there, no writing jobs.”

“But New York and L.A. aren’t options. You could go back to personal training?” I know exactly what Dave is going through. I went through it back in Boston, except I had the leisure of being young and mobile, and having enough saved up to fuck off for a year. Dave didn’t, but he left anyway because the alternative was worse. He is simply worse off than I was, and his frustration and anger and depression show.

“I could, but it’s boring.” His words have slowed down, the heat of his emotions burning out a bit after the rant. “I just feel like I got stuck here in Wanaka without a way out. It’s expensive here, I’d need to get somewhere cheaper. You and the other long termers go off to work every night and it just emphasizes that I’m not doing. I end up at the bar again spending money I don’t have drinking again when I don’t want to be.”

Sitting on the bench halfway up at diamond lake a silence surrounds us for a time, our own thoughts keeping us occupied. I wonder if I will find something to settle down into eventually, or will I be as restless later in life as Dave. I am grateful for having met Dave, for meeting all the people at the hostel. I do not think I will ever stay at a hotel again. They do not provide the interesting experiences that alternatives do.

“What would it take for you to be successful in comedy like some of the other comedians you know?”

“Probably just publicizing myself more. But I just can’t buy into the Instagram and Twitter and all that stuff. It feels like selling out. It feels so much like marketing myself, and it’s the thing I hate about how you have to be successful back home.”

“I get it. You don’t want to compromise. You do comedy for you, not for other people. I think I’ll have the same issue if I do ever want to try writing as a career. I’ll want to write the way I want to write, which will be a lot harder than writing what sells.”

Dave nods his agreement. “Why don’t we head back down, you probably need to get back soon for work, huh?”

“Yeah,” I say, both of us eager to escape the more complicated discussion for now. We collect our things and hike back down, the conversation turning back to simpler things. 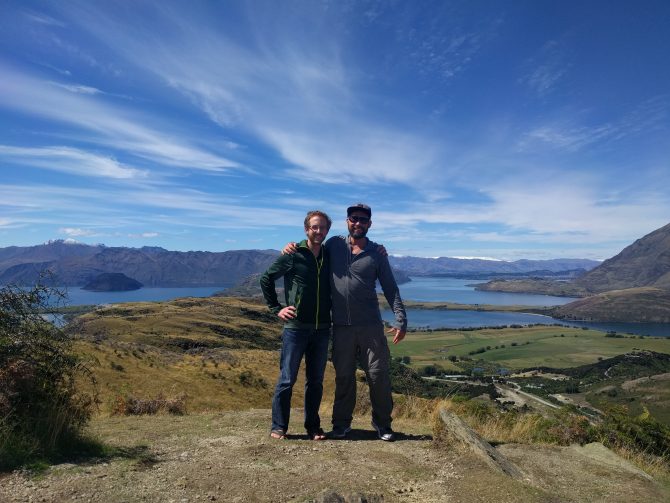 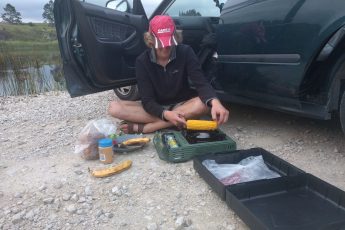 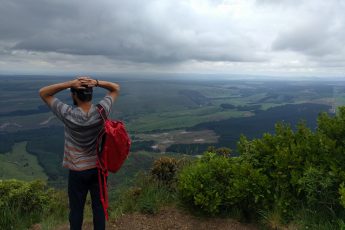