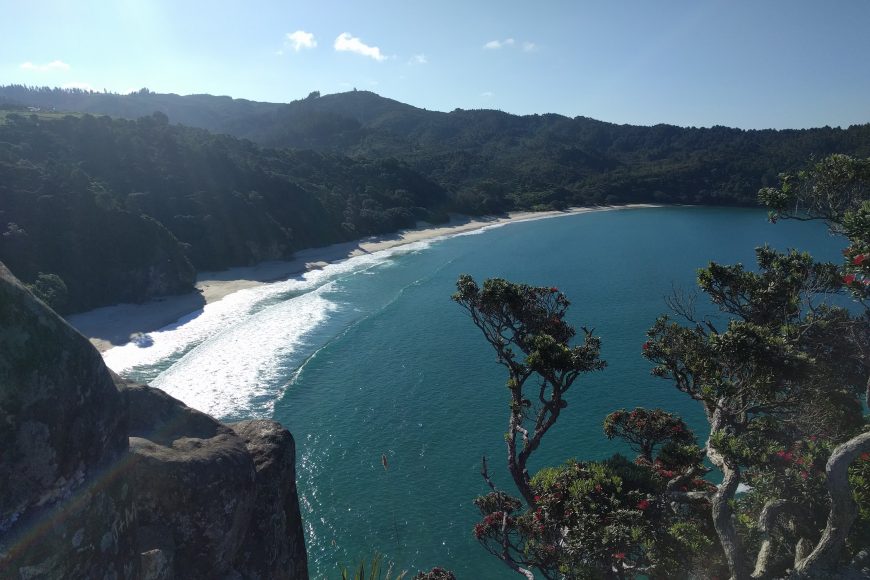 “Ah, it’s nice having a car again,” Elvis says. His car was ready this Monday morning and we made our way back to Coromandel town to retrieve it. We are sitting in a small café in the town, our little haven for Wi-Fi after the seclusion of the Buddhist center.

We decide on moving to the other side of the peninsula for a trio of well spoken of beaches, New Chum’s beach, Cathedral Cove, and the hot beach. New Chum’s is the closest and with a campsite nearby our plan comes together.

“Aw yeah, I can give you a ride down to the beach,” Earl says, his accent marking him as a native Kiwi. Earl is the owner of Earl’s Paradise, the campsite we are staying at. Unfortunately, Earl’s Paradise is only accurate in the sense that the camp is, in fact, Earl’s. At least it is cheap and Earl is of the friendly sort. Realizing the long walk to the beach would be much more pleasant as a one-way trip, we take him up on his offer and off we go.

Having dilly-dallied in Coromandel for a little longer than we planned, we get to the beach a bit later in the afternoon. This turns out to be a bit serendipitous. Having to make a short walk through woods and over rocks from one beach to the other, we cross paths with many folks leaving the beach. We come out of the trees and vegetation to an outstanding beach nearly devoid of people. 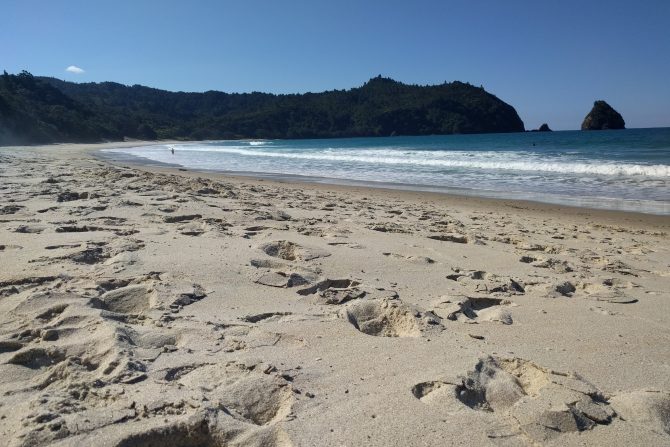 I am not particularly enthused by beaches, but New Zealand is changing that and this is the best beach I have seen here or elsewhere. New Chum’s beach is tucked away in a bay and is a relatively small beach. The forest comes right up to the sand, the beach curves slightly along the cove, the warm water and easy waves make swimming enjoyable. When I picture a beach in my mind it is this sort of beach.

We spend a couple hours here. Kyle tries with futility to catch a fish with the new spear he bought. Elvis and I pass the time swimming but eventually retire in order to protect our pale skin. Something to know about New Zealand – the sun hurts here. I am not being metaphorical. You can feel the sun burning even in the morning and late afternoon. It is painful to be in the sun for a few minutes when it is strongest.

On our way back, we make a climb for a lookout point in between the two beaches. I cannot stop myself from making an exclamation. “Fuck me,” I say. It is an inspiring view. Were I a poet, it would certainly be worth a few rhyming couplets. 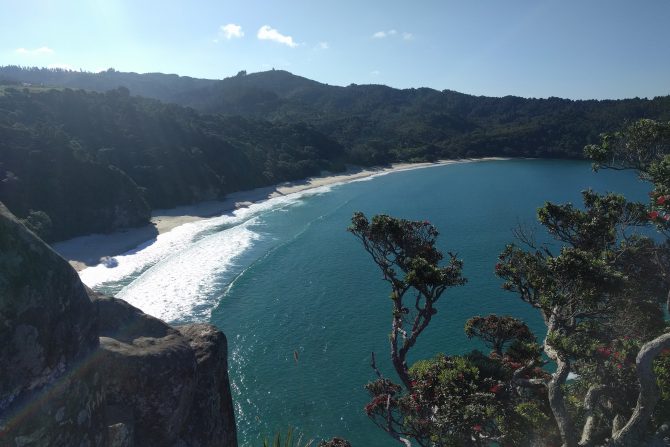 The View from New Chum’s Lookout. 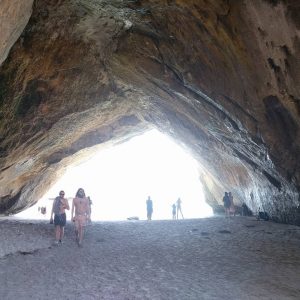 The next day we head on to cathedral cove, a remarkable natural formation. However, the most notable part of the beach is rather how it well ‘tourist trap’ describes it. It no doubt was a hidden gem among the coast once upon a time, but now it is overcrowded and therefore underwhelming. Elvis and Kyle still opt to go for a swim, I walk along the beach for a spell, taking in the people rather than the beach. Though it is still early, we decide to skip out on the hot water beach altogether. A beach is a beach at this point, Cathedral Cove turned us off a bit after the spectacular New Chum’s. We make our way back down to the mainland and off the peninsula.
Share
Tweet
By Tanner
Travel Report Dec 13
Travel Report Dec 20 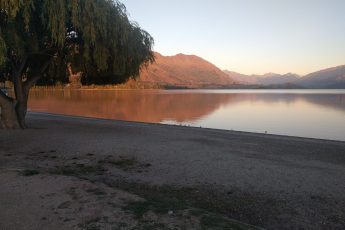 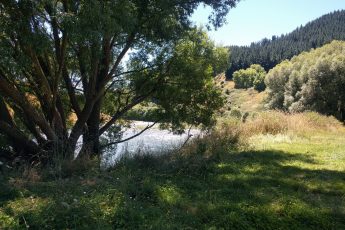